The First Implant I placed was a Branemark MK3 Implant

The first implant I placed was a Branemark MK3 implant, which was an external hex implant.  This was in 2002, almost two decades ago.  At the time, I had to learn so many different screw drivers because the company had a driver for so many different prosthetic components.  There was a driver specifically for the closure screw.  There was a driver for the abutment screw for the standard abutment and then they had developed prosthetic screws with either the slot or the hex configuration.  Realizing it was too complicated, the company later designed the unigrip driver as their universal driver for both the closure screws and most of their prosthetic components.  In recent years, their standard prosthetic kits from Nobelbiocare was simplified to include two unigrip drivers of different lengths, a manual torque wrench and maybe a driver for the abutment screw for multiunit abutments. 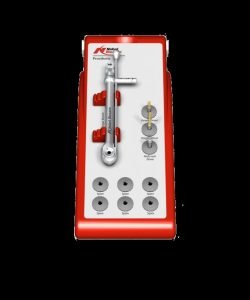 They have removed slot drivers and hex drivers from the prosthetic kit even though many of the old components used hex screws and slot screws.  For me, I carry all of these drivers because many of my patients had implants placed during the period where they used hex and slot prosthetic screws. 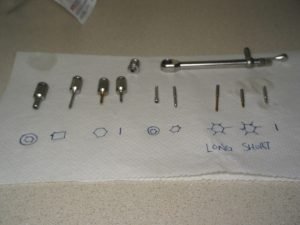 Then the company later developed the angulated screw channel abutment, utilizing their patented omnigrip driver allowing one to fabricate screw retained restorations on implants that may have been placed with non-ideal angulation. So there may be a need to keep these omnigrip drivers as part of the prosthetic kit if you had used one of these abutments for your cases. 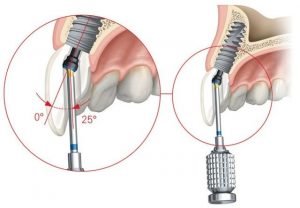 Then alongside we are moving into the digital world, where we can use scan body to take digital impression.  The scan body also require a different driver.  So now, it is only natural to add this special driver to my collection. 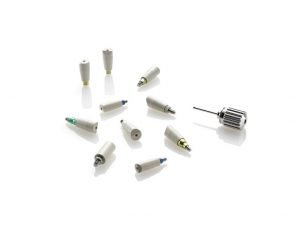 On top of that, the dental industry is flooded with so many other prosthetic components trying to bypass the need to use certain components because they may not have been as readily available unless ordered through directly from the company requiring them to use their designated dental laboratory.  Recently, I was introduced to use dynamic abutments for my Nobelbiocare case and these abutments also had their own driver which I have to purchase.  So now, just this system alone, my prosthetic kit has so many drivers sometimes it’s hard even for me to keep track, let alone for my assistant to remember them all. 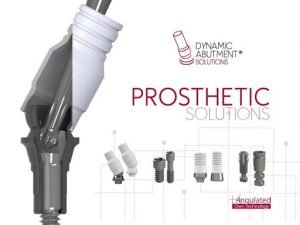 I share this story because more people are placing and restoring implants than before.  Naturally, there will be prosthetic complications which may occur 10 or 20 years later after the restoring dentist may have moved or retired.   In addition, the patient may have moved and you may end up seeing patients where you have no records of their implant history.

What I have seen in the past, when requesting past records of the implant system, is that they are either missing completely or they only have the implant system with no restorative information.  I often have to rely on anecdotal knowledge of the system, because the information is not readily available.  But this gets harder with time, as both the type of implants and the available restorative options will only increase with time.

As one practitioner, I cannot change how the implant industry is moving with the types of components available and the drivers available.  But I do believe that all of us should have an obligation to provide better documentation of the implant system such that the information can become available when requested.  This will help the patient tremendously when a complication occur.  So in addition to recording the type of implant used in the patient, the restorative information is equally important.  And this includes the type of abutment used as well as the driver required to remove the restoration.  I do believe that we need to be diligent in recording this information.  It is also a good idea to provide the patient the original model of the implant analog and a summary of the restorative components used to facilitate future care.

I hope you find this information useful.  Thanks for reading.

PrevPreviousThings I Look for before Doing My Anterior Crowns and Veneers
NextWhat is Going Through My Mind As I Approach This Anterior Reconstruction?Next