When I was in first year prosthodontic residency, one of my mentors said to us as residents, that before we graduate, all of us will have lock our dentures once while picking up the attachments chairside.    Well somehow I managed to never lock a denture during my three year residency picking up attachments.  I knew I will eventually do that one day but just never knew when.  Fast-forward few years into my private practice, I did lock a denture while doing a chairside pick up.    It was not fun but I knew exactly how to manage this complication. In that case, it had a hader bar and I just had to drill to access the screws that secured the bar.  Once I have access to the screws, I loosened the screws and removed the bar along with the denture.  Actually, that denture had very little processing error.  It was so well fitted to the implant bar I actually thought it was a good thing.

In any case I recently faced a very challenging situation where the denture got locked, not because of a chairside attachment pick up, but from a very routine denture repair.  The patient had two separate implant bars supported each by two implants on either side of the maxilla.  At the time when the denture was made, my patient still had four remaining anterior teeth left.  Over the years, she had lost these four teeth and the prosthesis was later converted to a full complete implant supported overdenture.  Recently, the patient had an accident and broke the denture in the anterior segment.  So what it appeared to me to be a very simple denture repair turned out to be quite disastrous on my end. 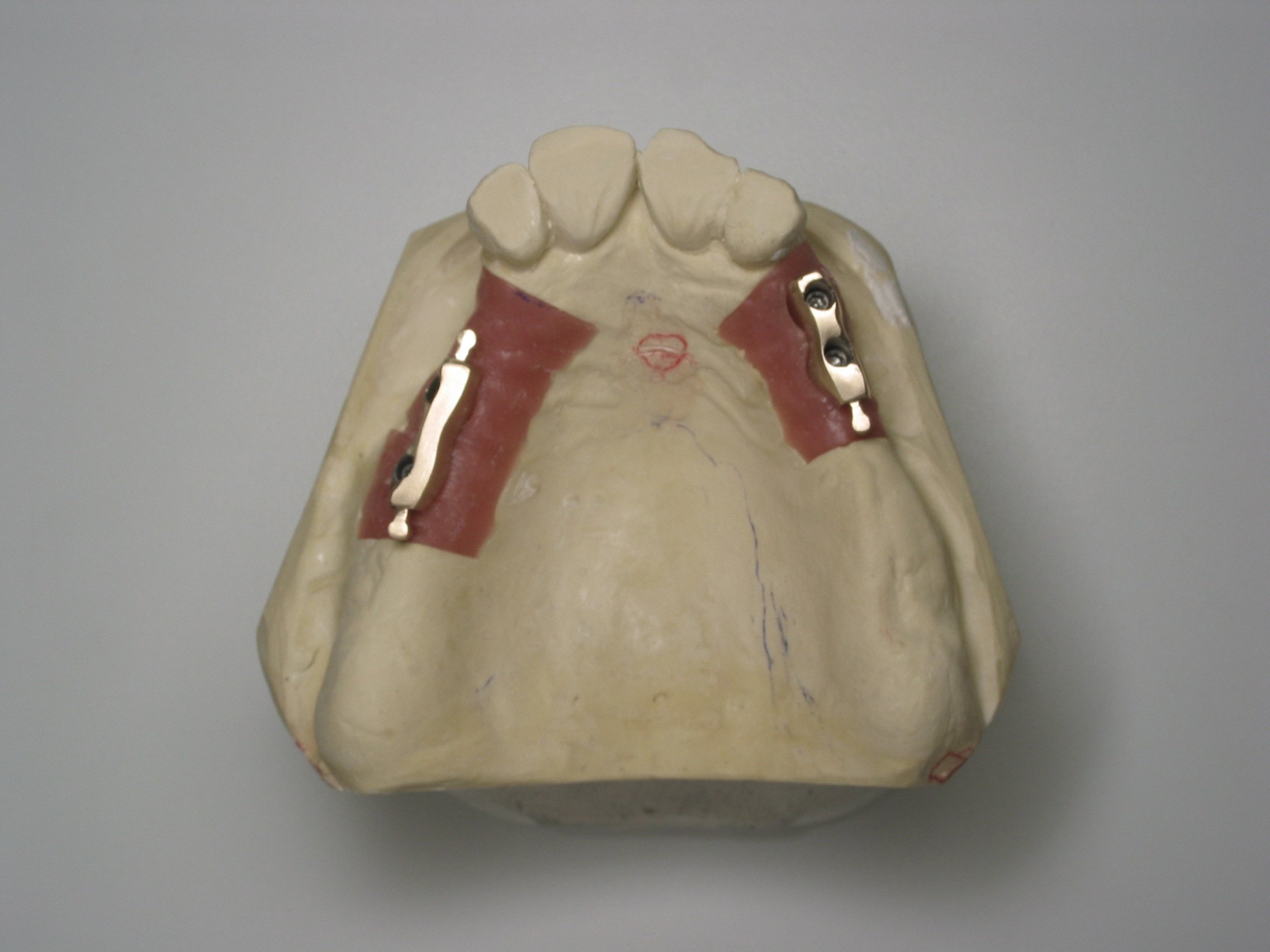 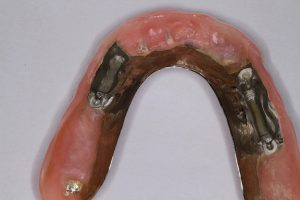 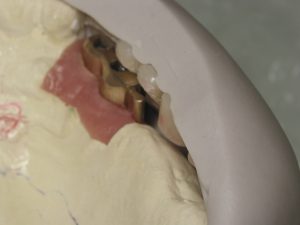 When the denture came back from the lab, I assumed there would be no change to the fitting surface around the attachments (the repair was far away from the area).  However, I noticed the denture didn’t fit in the same way I remember prior to the repair.  It was a little tight on one side but I wasn’t thinking and I pushed it in until it was fully seated.  Well it was so tight I was not able to get it out that day in spite of all my efforts.  In fact I had to dismiss the patient because she was so tired by then.  The denture as you will see has a base metal sleeve over the bar.  If I were to get this denture out, traditionally, it would mean drilling through not just the acrylic but also through base metal.  It would probably destroy the denture in its entirety so I really didn’t want to do that. I had to think of other ways to get it out.

I ended purchasing this locator F-Tx removal bar and loop provided by Zest Dental.  My patient’s implant bar does not have locator F Tx abutments but I thought it would get me some way to loosen the denture.  I had to administer enough local anesthetic to the area before I start.  I was able to use the loop provided to get it underneath the denture.  But the vertical height of the denture was too long that I was not able to get the bar through the loop.  But it did give me a little more leverage to put my fingers through the loop to eventually loosen the denture and got it out of the mouth. 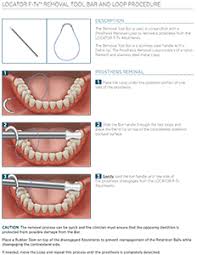 After I got the denture out, I looked inside the attachment area to see why it was so tight.  I suspected that the lab had changed my nylon sleeve after the repair because it looked so clean and new now. Afterwards, I made some adjustment to the nylon sleeve so the denture is not as tight until the patient can comfortably insert and remove the denture again.

From this experience, I learned to always look at the attachments after a repair to see if the lab had replaced the nylon sleeves without informing me.   As an extension from this experience, from now on, anytime when my patients need the attachments changed, I change them one at a time to ensure it is not too tight and that the patient can remove it.  Instead of me changing all attachments at the same time (which was what I used to do), I would do one and test the retention after each one before changing the next one.  I would rather have the patient come back next week then to change all of them and run the problem of the patient not being able to remove the denture.  I hope these tips can help one of you to get out of my misadventure that I had few months ago.  Thanks for reading.

Please check out my other posts too.